The European beaver, Castor fiber, a species native to Poland, was completely extirpated by 1945. After this date a number of beavers immigrated to Poland from Lithuania, and others were actively introduced from the former Soviet Union. The population grew slowly from 1945 to the 1970s. In the late 1970s the population began to increase rapidly, and by 1997 there were an estimated 10,000 beavers in Poland. The growth of the population was influenced by the active protection of beavers, and by the relocation of animals into suitable habitats. The success of the reintroduction, protection, and relocation programs has led to a large, viable beaver population in Poland. It is now necessary to implement an active management program for this species, a component of which would be an annual harvest of beavers. An annual harvest will reduce damage problems due to beaver activity, and help insure the continued health of the Polish beaver population. 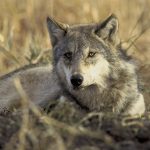 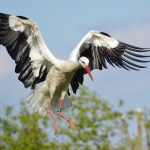