It could be a new experience

Białowieża Forest Polish: Puszcza Białowieska  is one of the last and largest remaining parts of the immense primeval forest that once stretched across the European Plain. The forest is home to 800 European bison, Europe’s heaviest land animal. UNESCO’s Man and the Biosphere Programme (MAB) designated the Polish Biosphere Reserve Białowieża in 1976 and the Belarusian Biosphere Reserve Belovezhskaya Puschcha in 1993. The forest has been designated a UNESCO World Heritage Site and an EU Natura 2000 Special Area of Conservation. The World Heritage Committee by its decision of June 2014 approved the extension of the UNESCO World Heritage site Białowieża Forest Poland” It straddles the border between Poland (Podlaskie Voivodeship) and Belarus The Białowieża Forest World Heritage site covers a total area of 141,885 ha (1,418.85 km2; 547.82 sq mi) Since the border between the two countries runs through the forest, there is a border crossing available for hikers and cyclists.

We just spent few days but it was something different 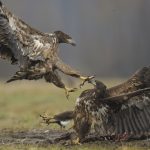 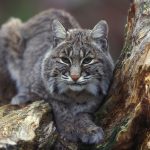