The Bieszczady Mountains in Poland are home to Europe’s biggest predators. Under a programme aimed at protecting local bears, during springtime foresters restore some half-forgotten orchards that lie hidden in the forests.

An extraordinary and half-magical place, the Bieszczady Mountains allow you to encounter the biggest European predators – bears, wolves and lynxes, as well as bison, deer and many other rare animals. It is also aregion where the Second World War continues to cast its shadow. The areas once occupied by vibrant villages are now covered with forests that are dotted with old cemeteries, ruins of Orthodox churches and wild fruit orchards. Since 2009, foresters and WWF Poland have been restoring those orchards to provide bears with feed. It is hoped that this way the predators will have food in abundance on their natural territories and will not approach peoples’ homes so willingly.
“Under the project to protect the brown bear in the Polish part of the Carpathians, we have restored altogether around seven thousand fruit trees and planted a thousand new ones,” Małgorzata Simonowicz from WWF Polska told Polska.pl.
Orchards are reinvigorated by trimming old trees, and removing bushes to give the trees more living space. This leads to higher fruit yields. Moreover, new orchards are started in forests on specially prepared plots of land. The campaign is run by the forest districts of Cisna, Komancza, Lutowiska and Stuposiany, located in the south-easternmost end of Poland, which is also the wildest area of the Bieszczady Mountains. 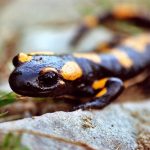