Why should you read this book? 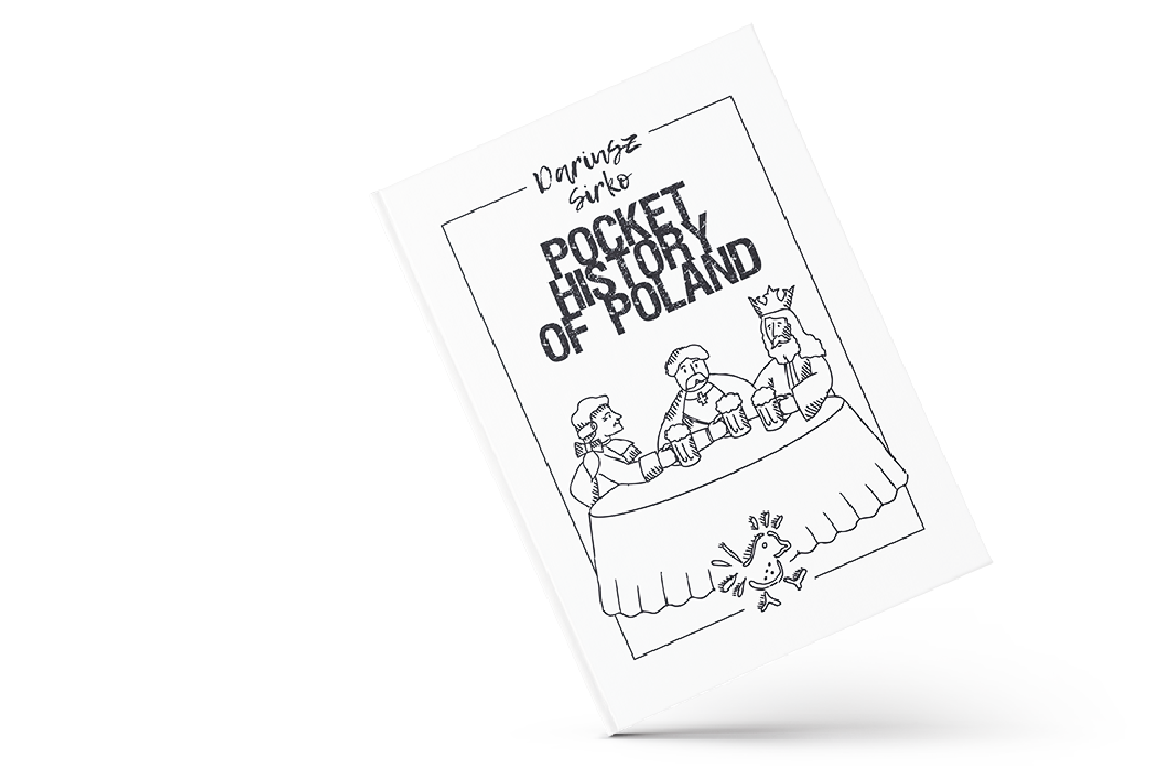 In 2018, Poland celebrates 100th anniversary of regaining independence. This anniversary is an opportunity not only to reflect on the history of Poland, but also on the history of Europe. When at the end of the eighteenth century Poland, which only 100 years earlier – in the 17th century, was one of the largest European countries,  would gradually disappear from the world map and eventually ceased to exist in 1795, probably no one – especially in Poland-did not predict that the country would cease to exist for 123 years. When Poland disappeared from the map of the world, the era of Polish nobility – the social stratum that considered itself a political nation – ceased to exist as well. At the same time, Europe was beginning to burn under the pressure of Napoleon, who almost managed to subdue even Russia, giving Poland the hope of regaining independence. And it was Napoleonic wars, although Napoleon himself finally suffered a great defeat which was a painful defeat for Poland as well, became the beginning of the road to freedom. This road proved to be very long as it was not to finish until 1918.

But to present this path to the readers, especially those coming from outside Poland, the question should be asked whether, indeed, apart from atlases, Poland did not exist in the nineteenth century. The end of the Napoleonic era and the emergence of a substitute of the Kingdom of Poland under the rule of the Russian tsar was the beginning of a great revolution in Polish society. The great political, economic, but also literary and artistic trends of the nineteenth century did not, by any means, get past the Polish society divided between Prussia, Russia and Austria. Despite the fact that Poland was not a sovereign country, it was the 19th century that was the period of great Polish literature and art, which is still the canon of Polish culture. The Polish national uprisings of 1830, 1848 and 1863, unsuccessful in the military and political sense, became on the one hand part of the history of Europe, which also experienced the evolution of social structures and norms, and on the other created Polish emigration, which was the elite of the Polish nation and Polish national affairs. The emigration has created such masterpieces as the Polish national epic “Pan Tadeusz” (in English known as Sir Thaddeus) by the great poet of Polish and European Romanticism – Adam Mickiewicz. Polish emigration consisted of such figures as a famous composer and pianist Fryderyk Chopin, a poet Cyprian Kamil Norwid, Julian Ursyn Niemcewicz, Zygmunt Krasiński, Juliusz Słowacki and many others.

But also in the Polish lands there were changes that turned out to be the basis for the independent state established in 1918. The period between the Napoleonic defeat and the November uprising in 1830 created Polish military, political and cultural elites within the framework of the Kingdom of Poland ruled by Russia. Great, ongoing, timeless projects comprise a collection of great works of art and memorabilia of Polishness, created by Izabela Czartoryska – a Polish aristocrat. The existing collection of Czartoryski family, which is exhibited in Krakow, comprising among others works of Leonardo da Vinci, belongs to the most important Polish museum collections. From this collection during World War II Germans plundered the most-wanted work from Polish collections – Portrait of a young man by Rafael Santi … As Izabela herself wrote about her collection:

In 1793 Poland died! Several centuries accumulated circumstances that slowly contributed to this dead and terrible epoch. No courage or bravery could turn it away. The strongest attempts to defend the Homeland could not do it (…).That was the first time when I thought  about collecting Polish memorabilia, which I entrust to posterity (…).This collection contains traces of Bolesław Chrobry, Kazimierz Wielki, Stefan Batory, Jan Zamoyski, Żółkiewski, Czarniecki, Lew Sapieha and other great and brave people. Let these memories sweeten the present times, let their glory pass from one age to the other.”

The Czartoryski collection has been exhibited in Krakow since 1876. The Czartoryskis established also Paris Hotel Lambert – the centre of Polish emigration in the 19th century.

Already in 1816, the University of Warsaw was established and although it used to be closed due to repressions by the partitioning powers in the following years, was the forge of Polish elites. Throughout the period of partitions, the Jagiellonian University and the Vilnius University were active. The position of Poles in the Austrian Partition, especially after obtaining the autonomy granted by the authorities in Vienna in 1867, was by far the best. It was here that the teaching of Polish language flourished without any embarrassment, literature and art developed. It was in Krakow that perhaps the greatest Polish painter of the period of historicism Jan Matejko – the creator of monumental paintings depicting the era of Polish statehood before the fall of the 18th century – lived and worked.  The turn of the 19th and 20th centuries was the time of great Polish scholars and writers. There are many prominent figures here, but I would like to mention only two: Maria Skłodowska-Curie – a two-time Nobel laureate in chemistry and physics, and Henryk Sienkiewicz – Nobel laureate in the field of literature.

Polish territories remaining under the partitions were also subject to the processes of industrialisation and changes in the structure of Polish society. The symbol of this era in Poland is the city of Lodz, which from a small settlement at the beginning of the nineteenth century, at the end of it was one of the largest industrial centres in Central Europe. The Łódź-based social and industrial revolution was perpetuated by the Polish director, Oscar winner Andrzej Wajda in his film “The Promised Land”.

However, despite these great achievements, at the end of the nineteenth century, Poland was not a state, but an area divided between three other countries, with great social, economic and even infrastructural differences – because even railroad tracks in Poland were adapted to the standards and needs of the invaders. Slowly, however, the century of peace as some historians call the nineteenth century ended – and the century of wars began. The invaders that used to be coherent so far started to differ more and more often. The changes of alliances and finally the attack in Sarajevo on Franciszek Ferdinand, the successor to the Austrian-Hungarian throne, became an ignition point for the outbreak of the “Great War” as the First World War was to be called later. And then, just as at the end of the 18th century and in 1815 in Vienna when the new world order was established – no one predicted that it would be the beginning of a new order in the world and in Europe. World War I turned out to be “the dawn of the Central European nations”. But for this to happen, these nations must have been prepared for it. And it was then that Poland, which “did not exist” for more than a hundred years, proved to exist, have its own culture and, above all, the elites who managed to put a Polish flag on the mast during the international conflict and the great Bolshevik revolution in Russia.

It is difficult to mention here all the outstanding figures of the Polish independence salon. Józef Piłsudski, Roman Dmowski, Ignacy Jan Paderewski, Wincenty Witos – these are just a few of the most famous names. The symbolic date of this great event for Poles is November 11, 1918, but it is worth noting that only on November 16, 1918, Józef Piłsudski sent a telegram to the authorities of the United States and other countries notifying the creation of the Polish State. In the following days and months, the political foundations of the state were formulated and the parliament was established.

Poland emerged from the chaos of history…

But this was not the end of this over a hundred-year-long battle. Wielkopolska was still under Prussian partition – it was liberated only as a result of the Poles’ victory, while in the East the Bolshevik danger lurked, which in 1920 almost led to the great Bolshevik march in Europe. And that’s when the young Polish state made a huge effort to stop this onslaught and so-called Battle of Warsaw, fought on 13-25 August 1920, is considered one of the most important battles in the military history of the world.

Polish independence recovered in 1918 lasted for 21 years until September 1, 1939. The attack of Nazi Germany on Poland destroyed the revived state, and the result of World War II and the resultant world order, apart from the extermination of Polish society and the state was also the communist era lasting until 1989. However, despite the obstacles, the Polish State continued to exist. The era of beautiful and independent Poland rebuilt with great effort after 1918 has been preserved in the consciousness of the Polish nation. In the communist era, this consciousness grew to the rank of a national myth that fuelled subsequent generations, even though the communists only in 1989 agreed to celebrate the date of November 11, 1918.

On November 11, 2018, Poland will celebrate the centenary of regaining independence. 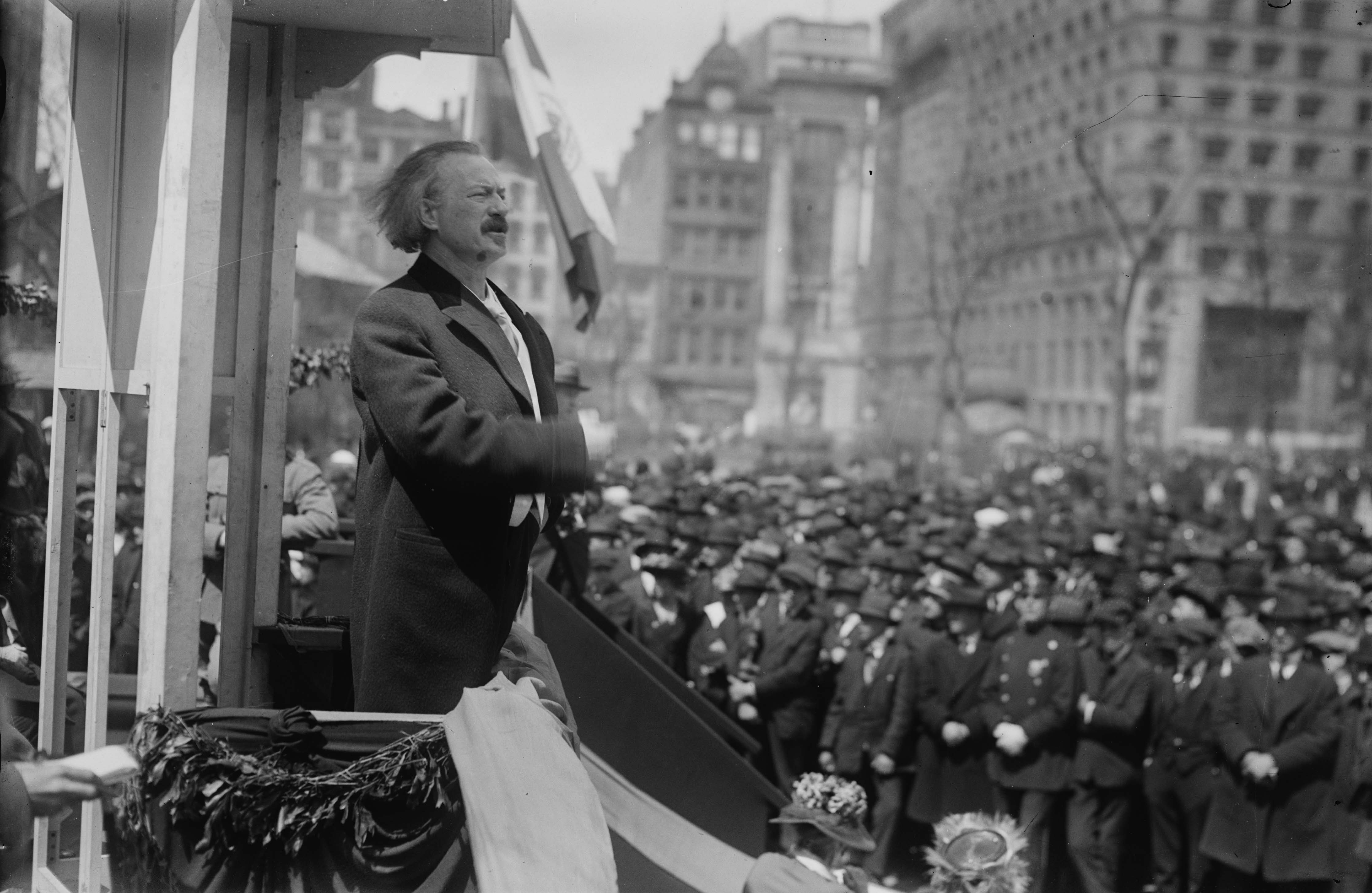 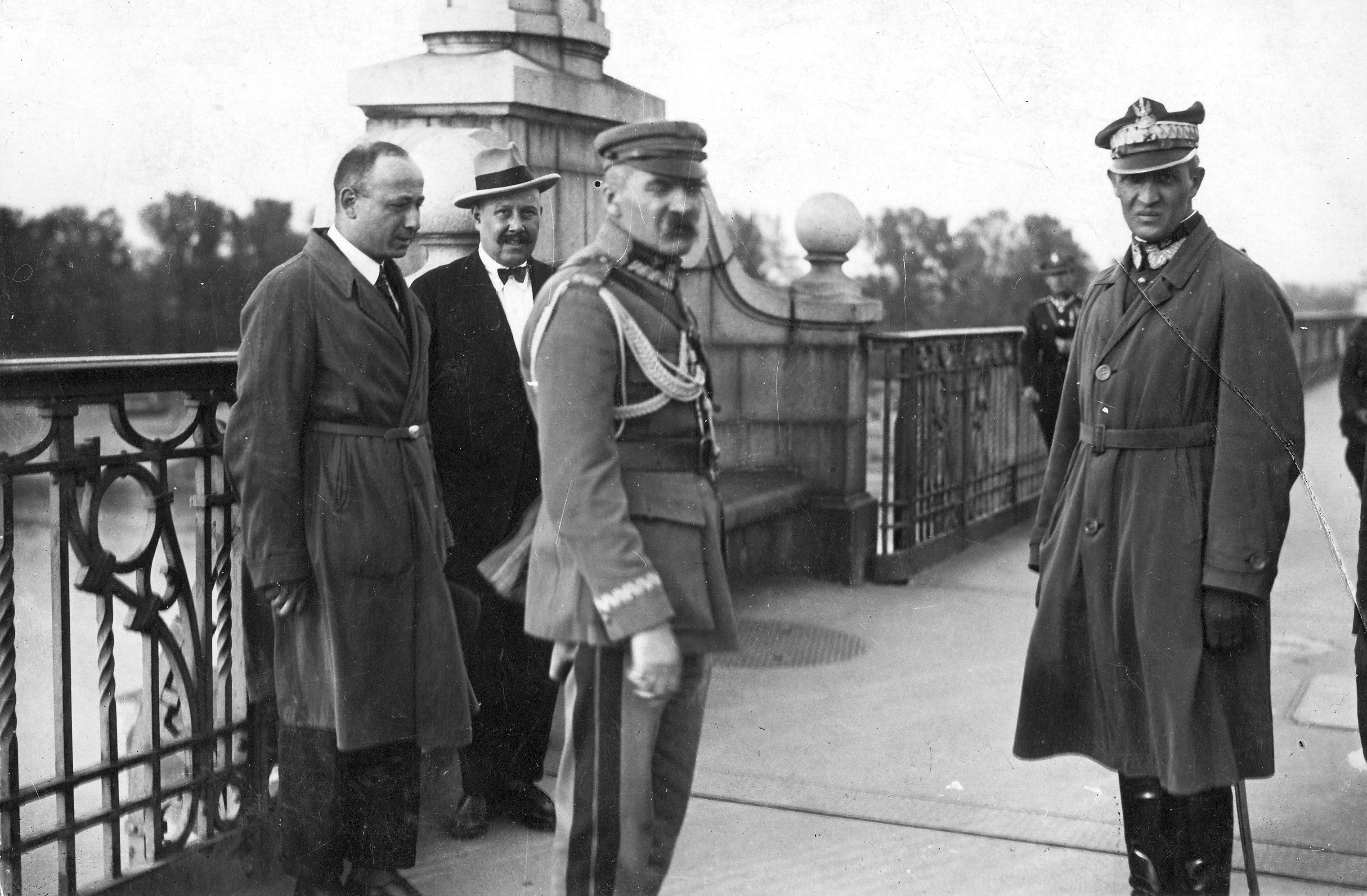 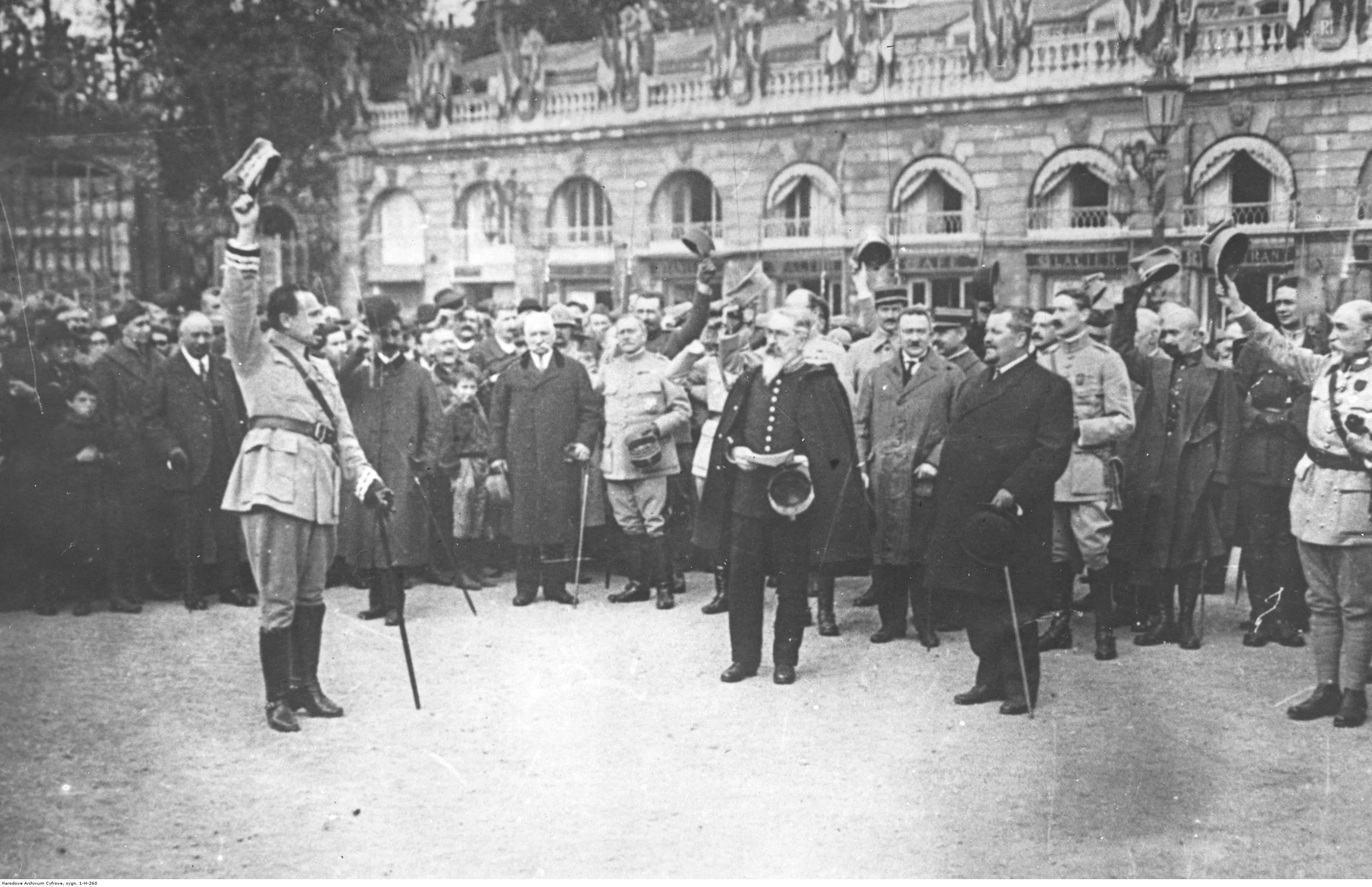 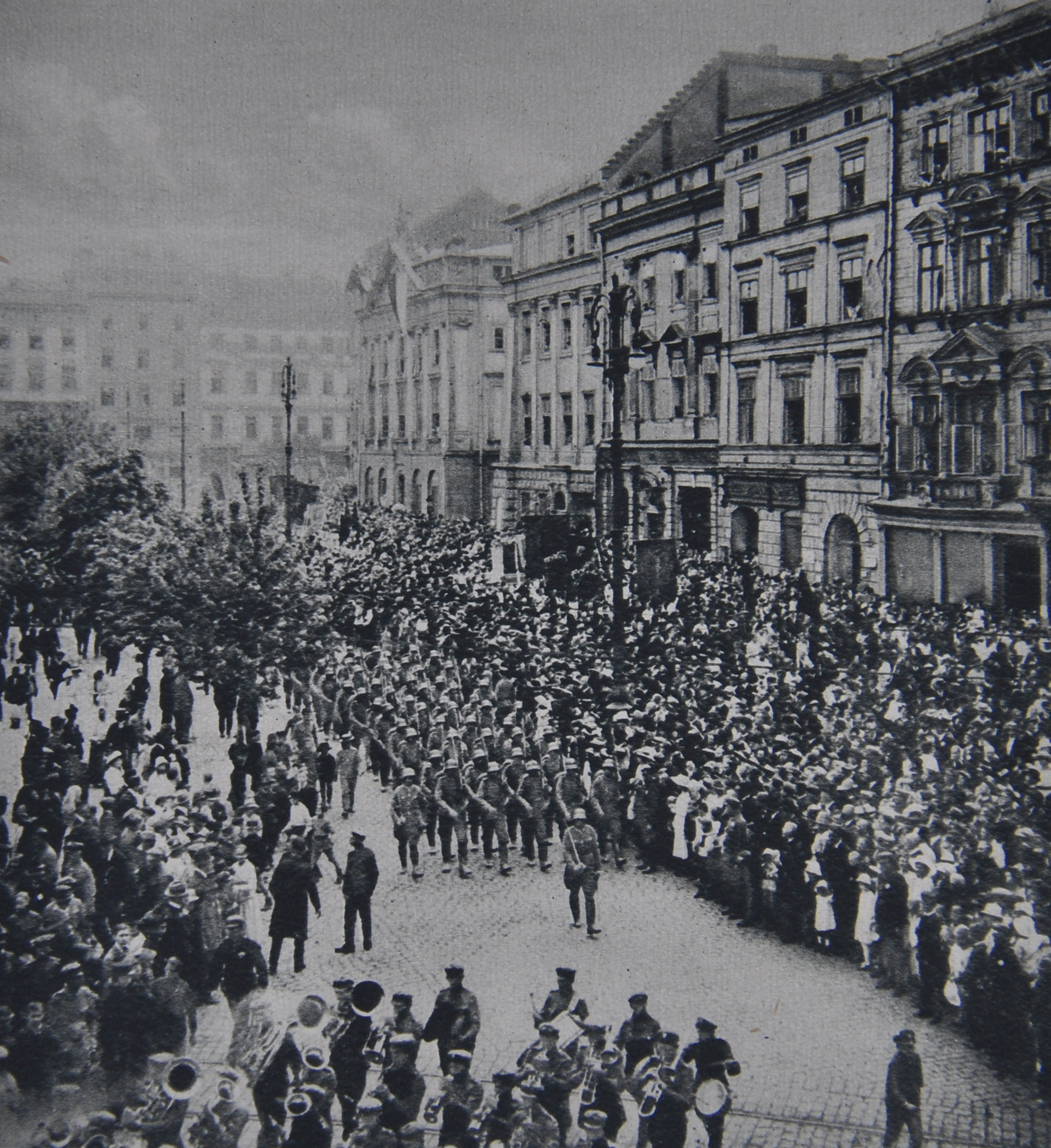 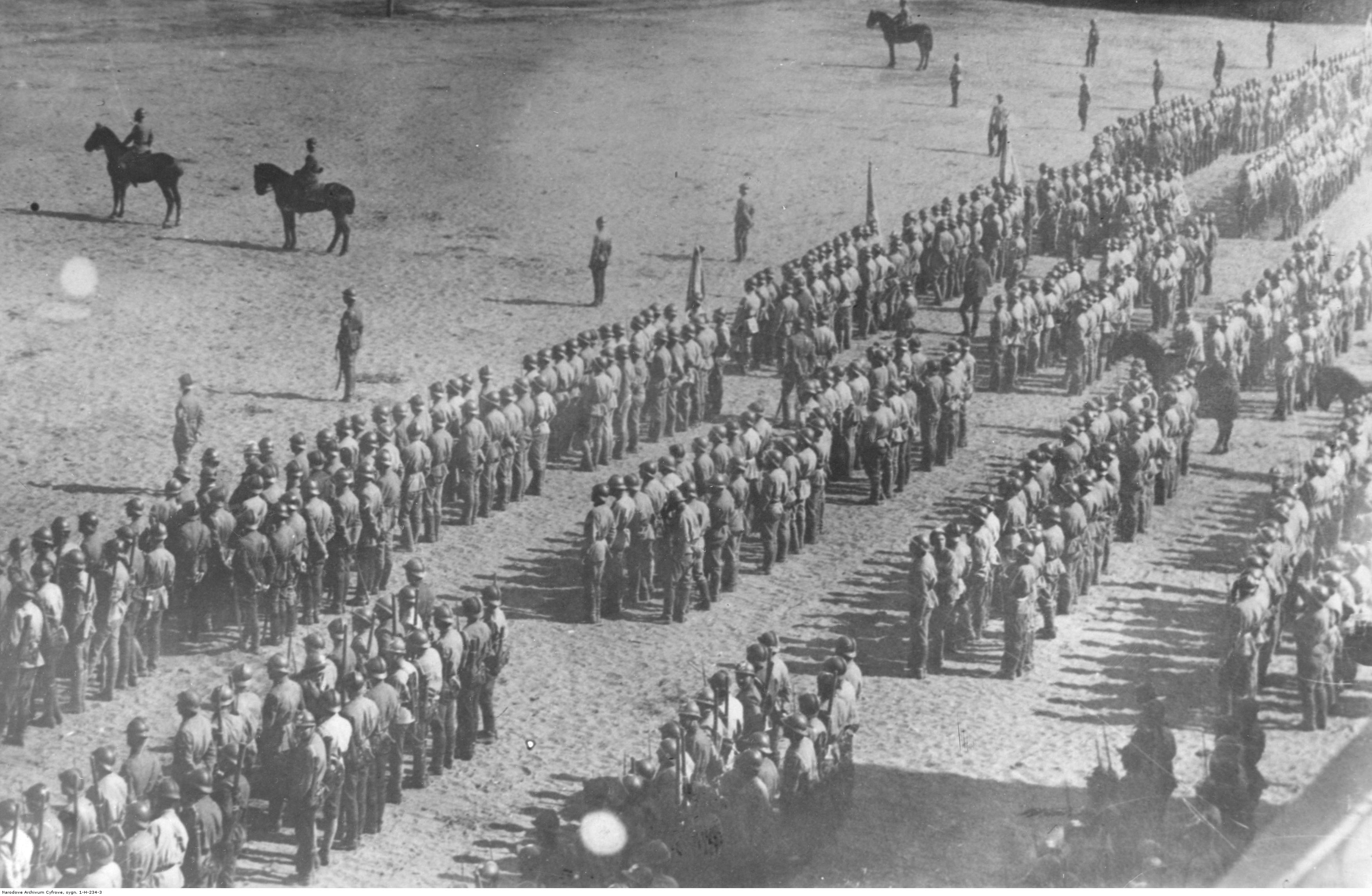 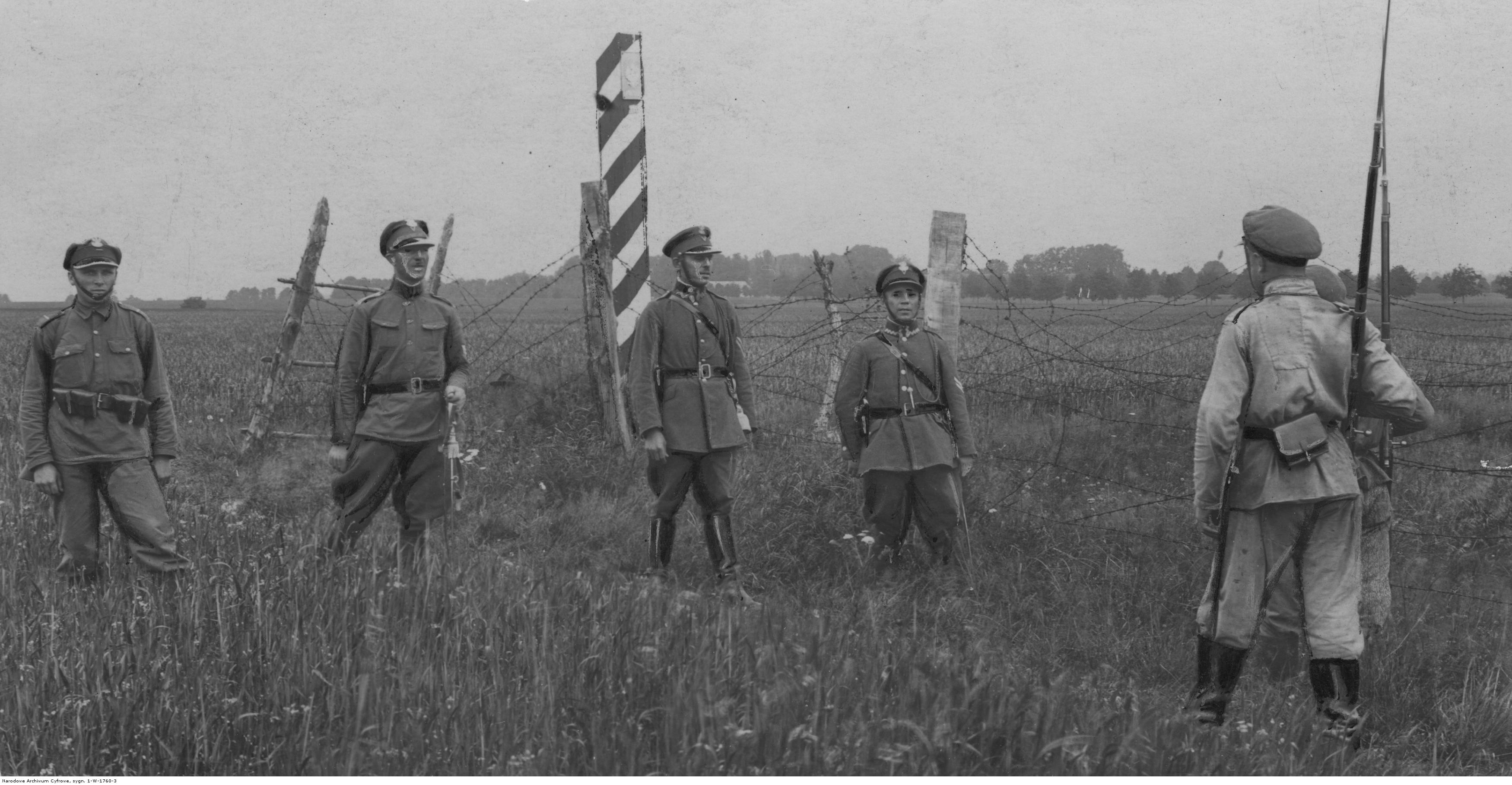 The battle took place in Vienna on 11–12 September 1683 after the imperial city of Vienna had been besieged by the Ottoman Empire for two months. The battle was fought by the Habsburg Monarchy, the Polish-Lithuanian Commonwealth and the Holy Roman Empire, under the command of Polish King John III Sobieski against the invading MuslimOttoman Empire and its vassal and tributary states, and took place at Kahlenberg Mountain near Vienna. The battle marked the first time Poland and the Holy Roman Empire had cooperated militarily against the Turks, and it is often seen as a turning point in history, after which “the Ottoman Turks ceased to be a menace to the Christian world”. In the ensuing war that lasted until 1698, the Turks lost almost all of Hungary to the Holy Roman Emperor Leopold I.
The battle was won by the combined forces of the Holy Roman Empire of the German Nations and the Polish–Lithuanian Commonwealth, the latter represented only by the forces of the Crown of the Kingdom of Poland (the march of the Lithuanian army was delayed, and they reached Vienna after it had been relieved). The Viennese garrison was led by Ernst Rüdiger Graf von Starhemberg, an Austrian subject of Holy Roman Emperor Leopold I. The overall command was held by the senior leader, the King of Poland, John III Sobieski, who led the relief forces.

The opposing military forces were those of the Ottoman Empire and Ottoman fiefdoms commanded by Grand VizierMerzifonlu Kara Mustafa Pasha. The Ottoman army numbered approximately 90,000 -300,000 men (according to documents on the order of battle found in Kara Mustafa’s tent, initial strength at the start of the campaign was 170,000 men They began the siege on 14 July 1683. The Turkish forces consisted, among other units, of 60 ortas of Janissaries (12,000 men paper-strength) with an observation army of c. 70,000 men watching the countryside. The decisive battle took place on 11 September, after the united relief army had arrived.
Historians suggest the battle marked the turning point in the Ottoman–Habsburg wars, a 300-year struggle between the Holy Roman and Ottoman Empires. In fact, during the 16 years following the battle, the Austrian Habsburgs gradually recovered and dominated southern Hungary and Transylvania, which had been largely cleared of Turkish forces. The battle is also noted for including the largest known cavalry charge in history.

All Photos By Piotr Demski